Next up is a beautifully written and drawn entry from this trio. A touching story delivered in a hauntingly great style. 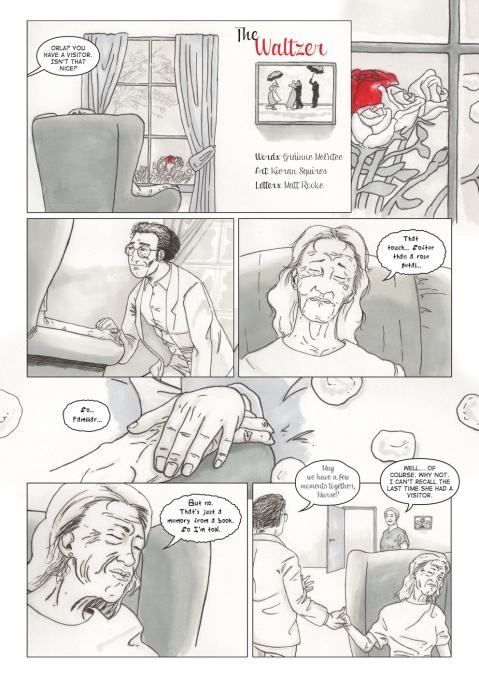 Co-creator of Apes ‘n’ Capes with Matt Rooke, Grainne McEntee was born to and raised by a pack of God-fearing wolves in a cavernous hole punched in the side of a Drumlin in Cavan, Ireland. Cooking is her therapy. Writing is her attempt at making sense of the Universe. Still working on both.

Kieran has been doodling and writing for many a year and after reaching legendary status in his own house, he realised he should try to expand into the outside world. Comfortable writing or drawing, his only goal is to enjoy what he is doing as much as he can and ensure that when world domination comes, he has his pen and pencil ready to do battle. He is also available for birthdays, weddings and bah mitzvahs. http://www.iceburgbrothers.com